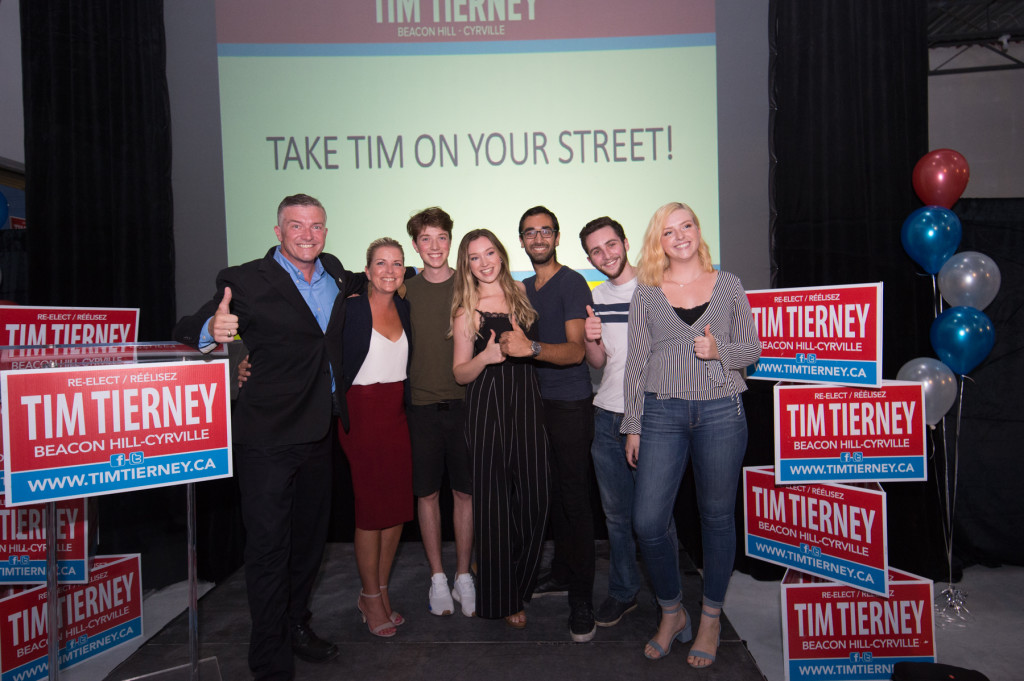 Tim Tierney, a long-time resident of Beacon Hill-Cyrville, has been active in ensuring his community continues to grow and thrive as an integral part of Ottawa. His dedicated commitment to Beacon Hill-Cyrville includes many years of volunteering for a variety of local development projects, sports and recreational groups, schools, social services, and community organizations.
First elected in 2010, Tim continues to be involved, and enjoys supporting community issues and events, including Celebrate Summer, neighbourhood BBQs, and arts and recreational activities. He is especially proud of the new Richcraft Sensplex that was opened in 2014.

With an education in Business Administration/Information Systems, Tim has a strong background in both business and technology which he has and continues to apply throughout his career.

Tim was re-elected on October 27th, 2014 as Councillor of Beacon Hill-Cyrville. He obtained 82% of the popular vote which is now the highest percentage ever in the history of the Beacon Hill-Cyrville ward. During the 2014-2018 term of Ottawa City Council, Tim will be a member of the following Boards and Committees: Chair, Ottawa Public Library Board; Vice-Chair, Planning Committee; Information Technology Sub-Committee; Ottawa Police Services Board; and Transit Commission. Tim will continue his role as the City of Ottawa’s representative and board member to FCM, and will sit on the following Committees: Chair, Ontario Caucus; Committee on Conference Planning; Community Safety & Crime Prevention; Municipal Finance & Intergovernmental Arrangements; Northern & Remote Forum; and Rural Forum.

Tim is the son of Shirley Lavergne and the late Allan Tierney, and a long-time resident of Beacon Hill with his wife Jenny and children Crystal, Keely, Liam and dog Abbott.